The majority of piston-actuated airguns use the pneumatic potential within compressed air to drive a pellet through the barrel. That is a fancy way of saying they capture compressed air and then release it very rapidly to fire a shot.

Most pneumatic piston air guns, such as break barrel air guns that need to be cocked before every shot, store the compressed air in a chamber behind the barrel. Upon pulling the trigger, a piston travels forward through the chamber containing the air, releasing all of that force behind the pellet, and powering the shot.

Airguns can be highly economical and have the potential to be very accurate, but there’s a catch with traditional models that use this configuration: if you grip the gun too tightly, you can throw off the accuracy of your shots.

When you pull the trigger and feel the “thump,” what you’re actually feeling is the piston traveling forward and slamming to a stop in the gun’s action behind the barrel. When you feel the “thump,” that is when the pellet is propelled forward through the barrel - not leaving it.

Therefore, fighting against this recoil can actually skew your muzzle’s training off the target, complicating accuracy.

Expert shooters need to learn to relax before pulling the trigger so they aren’t perversely struggling against the action of the piston inside of the gun. Fighting the feeling of recoil (which isn’t even actually recoil) can torque and twist your sights. Adopting a more relaxed stance can actually drastically improve accuracy. 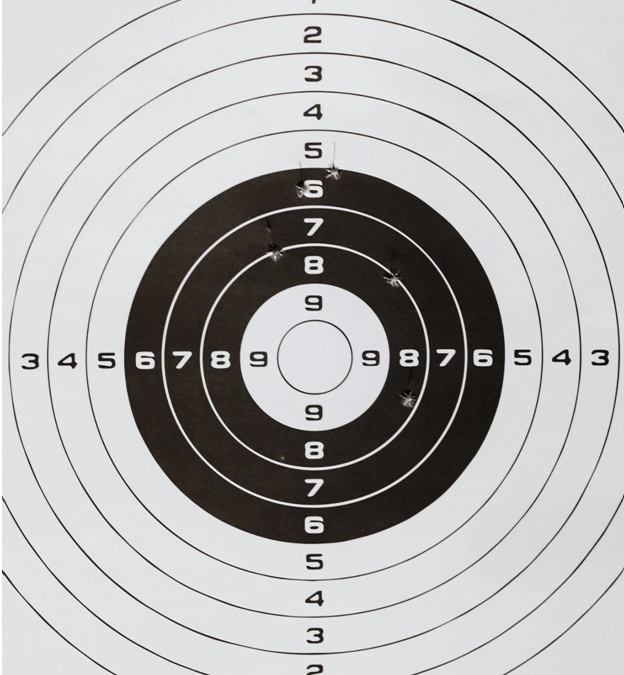 This is something that must be learned. No doubt, many a first-time shooter traveled to the range with his brand new Gamo in tow, only to discover that he couldn’t dial shots to groupings the size of a dinner plate, even at 50 yards. The worst part is, for many shooters unfamiliar with airguns, it’s not evident why.

That said, there is one noteworthy producer of air guns that is fighting this phenomenon.

Specifically, Gamo Precision Airguns have been making strides in the direction of power and accuracy while solving some of these issues associated with traditional spring pistons.

The most significant development Gamo has introduced is evident in the Gamo Whisper and is known as IGT, or inert gas technology.

The IGT uses an inert gas piston that produces less friction than a traditional spring-powered piston. This results in less stock vibration and substantially improved accuracy.

With IGT pistons, every shot is exactly the same, which is something typically only seen on PCP (pre-charged pneumatic) airguns that are typically pre-filled from an external source. These are smooth shooting, accurate, and reliable, just like the IGT piston of the Gamo Whisper.

Piston-driven airguns, even the most accurate among them, tend to produce some variation between shots. This is partly due to increased stock vibration, partly due to internal friction, and largely due to the invariable delay between the forward travel of the piston and when the pellet leaves the barrel. Think of it like lock time, but for an airgun.

In addition to smoother shooting and diminished internal friction that results in greater precision and accuracy, IGT pistons also improve the speed and power of the pellets they fire.

In other words, thanks to the Gamo Whisper’s IGT technology, you don’t need to shell out the cash for a PCP airgun to enjoy that sort of high-end performance. You also don’t need to settle for a spring-piston actuated airgun that will require you to retrain the way you shoot.

Smooth, accurate, reliable, and powerful, Gamo’s Inert Gas Technology is a game changer for airgun shooters, hunters, and competitors around the country.

This Inert Gas Technology is paired, in the Gamo Whisper, with “Whisper Technology,” a special sort of suppressor-like feature at the end of the barrel of select models that effectively contains and compresses escaping gases, preventing excess noise.

Together, Gamo Whisper technology and Inert Gas Technology gas pistons result in remarkably accurate, smooth-shooting, quiet, powerful pellet rifles that are ideal for many sporting applications, including but not limited to competition, pest control, small game hunting, plinking, and much more. 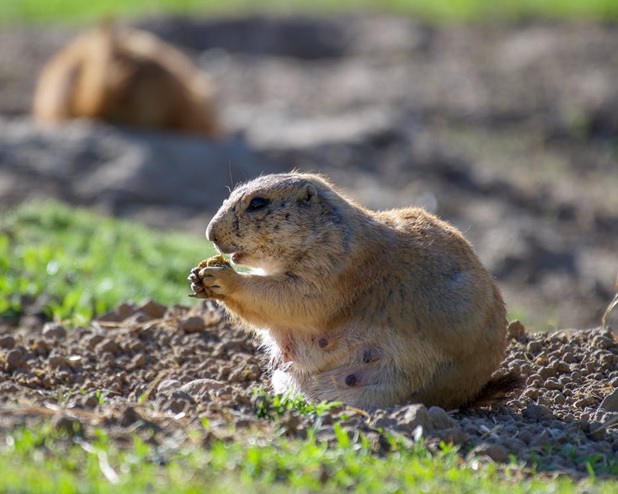 By the Way, If You’ve Been Thinking About Hunting with an Airgun…

Given the wide range of applications of Gamo Whisper air rifles and other pellet guns, many small game hunters around the country have taken to using them for pest control, dispatching trapped game, and small game hunting.

If you’re considering it, don’t let suspicions about stopping power keep you from trying. Here are some advantages of hunting with an air rifle instead of a rimfire.

Get Ready for Small Game Season

Fall small game is right around the corner. Get ready for the upcoming season by getting yourself a new Gamo Whisper, some appropriate caliber pellets, sight it in, and be ready for the bounty.